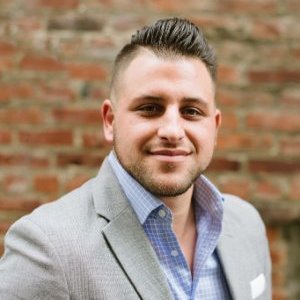 Mike Paffmann serves as the firm’s CEO and is responsible for providing strategic and tactical direction. With more than a decade of senior public relations experience which includes both agency and in-house roles, Mike has delivered diverse media relations programs for clients spanning all areas of technology including enterprise, cloud/B2B software, ecommerce, ad-tech platforms, digital media startups and various consumer apps.

Known for its unique culture and results driven mentality, Mike founded PAFF PR with a vision to build an entrepreneurial environment focusing on its custom tailored approach toward clients needs. Mike has represented accounts including: IBM, App Annie, Rebel Ventures, Beyond Verbal, car2go, Vkansee, among others.

Mike launched his career as a journalist. Originally from Long Island, he spent the first 6 years of his career living in NYC before moving Austin, Texas and settled in an Francisco (he’s still a New Yorker at heart). His media relations expertise plays a key role in securing top tier features for our clients, ranging from CEO profiles, company case studies and speaking engagements.

When he’s not in the office, you can probably find him in a sevens league (Rugby) or on a bike somewhere (he biked over 100 miles last year for charity).

He’s active in numerous charities as a philanthropist.

WHAT DID YOU WANT TO BE WHEN YOU GREW UP?

I wanted to pitch in the MLB. I haven’t given up on that yet, still waiting for the Mets to call…

WHERE DO YOU THINK THE PR INDUSTRY IS GOING?

The entire foundation of our industry is being shaken up in the most exciting ways. As the mediums become more diverse through the advent of social and digital technologies, the mechanisms for communicating messages are more prevalent than ever. I truly believe the age of advertising hs ended and we’ve entered a golden age of PR.

I always think of the Jim Henson biography. I read it right after reading the Jobs bio, and what a stark contrast these two represented has always stuck with me. I struggle with the idolization of Steve Jobs; although he was brilliant and undoubtedly singlehandedly affected the course of human culture and connection, he lacked empathy and was incredibly unpleasant on a personal level to many people along the way. Our work and personal lives are so entwined today that the Jobs story just doesn’t sit well with me as one of “success”. Henson, on the other hand, valued his colleagues and treated many of them as family. He worked with them to make a massive mark on his field of work while overcoming major failures and refuting naysayers. To me, his story is a huge inspiration because it serves as proof that building something totally legendary doesn’t have to come at the expense of being a kind and respectable human being, whether it be in everyday interactions or lifelong personal relationships.

WHAT DO YOU VALUE MOST IN YOUR COLLEAGUES?

Intelligence, integrity, passion and a very good sense of humor.

WHAT’S ONE THING YOU MISS ABOUT WHERE YOU’RE FROM?

Have a project you‘re interested in discussing with us? Drop us a line below, we‘d love to talk.